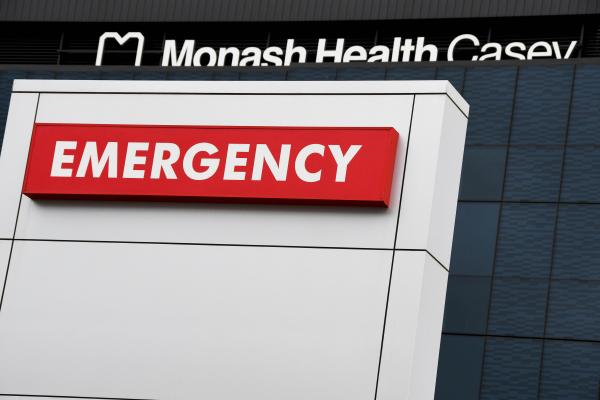 The fear of Covid in the hospital | Cranbourne Star News

A Casey resident has expressed concerns about safety at Casey Hospital, after she was declared a primary close contact after going to the emergency department last week.

The resident, who wished to remain anonymous, said he went to the emergency room at Casey Hospital on Thursday 23 September with a bone fracture, then was informed on Monday 27 September that it was a exhibition site.

The resident and their sons must now self-isolate for 14 days.

The resident said a nurse in charge told him there was a positive case in the hospital at the time, but it is not known whether the case was in the waiting room or in the ward. emergency room.

They said they were also told it was dangerous to bring their one-year-old baby to the hospital.

The resident said he believed the hospital was putting emergency department patients at risk of Covid.

The resident added that there was no social distancing in the waiting room.

“Not only were they clearly aware [of the positive case] and also knowing that we would all need at some point to be informed of an exhibition site, but they don’t follow protocol at all, ”said the resident.

“I am saddened for the healthcare system and the staff, but as the general public we should never have been allowed to be exposed to this neglect when they clearly knew the outcome.”

In a statement, Monash Health said it has put infection prevention measures in place to manage Covid-positive patients in emergency departments.

“Patients confirmed positive for Covid-19 who present to a triage office are removed from the public waiting area to isolate themselves,” the statement said.

“We use personal protective equipment and isolation processes to manage anyone with Covid-19.

“In response to the growing number of positive Covid cases, Casey Hospital will soon expand the emergency waiting area for any confirmed or suspected Covid-19 patient. “

The statement stressed that the emergency department at Casey Hospital remains safe for patients.

The Department of Health has been contacted for comment.