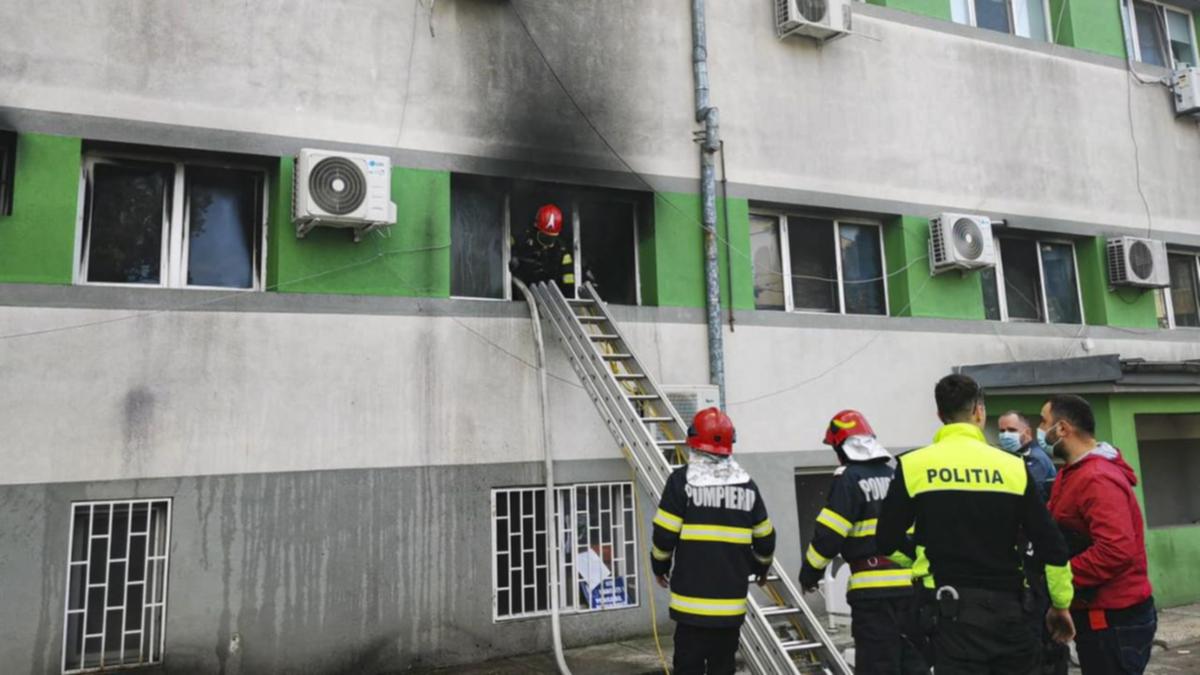 Seven people died when a fire broke out in a Romanian intensive care unit treating patients with COVID-19.

Video footage showed patients jumping out of windows on Friday from lower levels of the hospital and firefighters carrying people.

Firefighters extinguished the blaze at the hospital in the eastern city of Constanta, bringing in additional teams from neighboring counties.

Relatives of rabid patients gathered outside the hospital to protest, and prosecutors launched an investigation into the cause of the fire.

This is the third fatal hospital fire in less than a year.

In February, a fire killed four patients in a COVID-19 hospital in the capital Bucharest. Ten people died in November in an intensive care unit at Piatra Neamt County Hospital.

“I am appalled by the tragedy,” President Klaus Iohannis said in a statement.

“This is a terrible new tragedy which confirms the lack of infrastructure in the Romanian health system, placed under unimaginable pressure by the fourth wave of the pandemic.”

Even before the pandemic, the Romanian health system was under pressure, plagued by corruption, inefficiencies and politicized management. The country has one of the least developed health infrastructures in the European Union.

The state has built a hospital over the past three decades, spends the least on health care in the EU, and tens of thousands of doctors and nurses have emigrated.