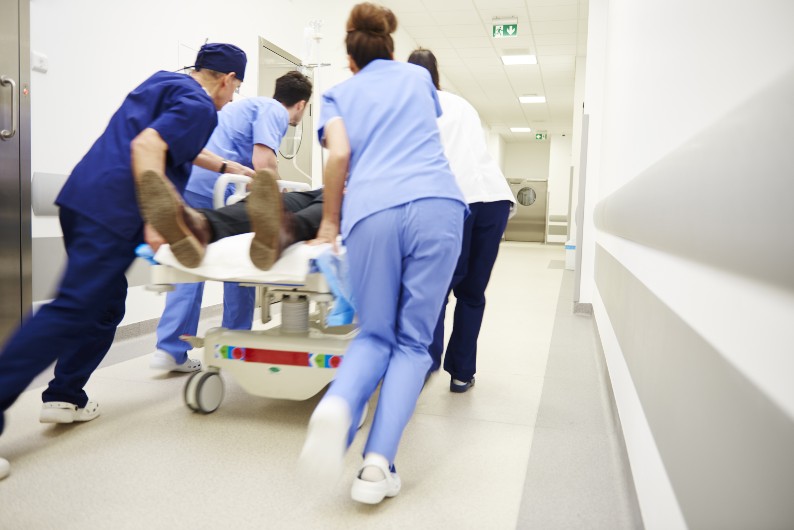 Public hospitals “were not starting from a position of strength” before the pandemic because they were squeezed by funding formulas, according to a new report calling for reform.

The report, published by the Australian Medical Association, says the underlying demand for public hospital services will increase by 4.3% per year over the next decade to 2030-2031 if no changes are made to funding formulas.

The report highlights a series of situations as Australia relaxes COVID-19 restrictions that will put additional pressure on public hospitals from late October to May next year – pointing out that public hospitals are already operating at nearly 100% capacity – but it also aims to look at funding hospitals beyond the immediate crisis.

“Public hospitals are not starting from a position of strength and lacking the capacity to grow to meet the demands of a COVID-19 crisis or a normal flu season,” the report said.

“We need reform right now that is deeper than just a boost in funding for COVID-19. ”

In 2014-2015, the federal government introduced an “activity-based” funding model, which means that it contributed 45% of the cost of public hospitals each year and that the state and territories funded the rest.

But during the pandemic, the federal government had a 50-50 deal with states and territories to pay COVID spending in hospitals.

The AMA report calls on the federal government to increase its annual activity-based funding to 50%.

The federal and state governments saved $ 32.4 billion in hospital funding from July 2016 to July 2019, according to the report.

The association calculated the savings based on funding ceilings for Commonwealth hospitals at 6.5% annual growth, and because of hospital efficiency gains that reward services provided at lower prices.

“The current funding formula squeezes the public finances of hospitals from year to year,” the report says.

“These savings should be reinvested as a first step, along with the introduction of new models of Commonwealth-State and Territory partnership funding, and the reintroduction of some pay-for-performance targets.”

The association’s president, Dr Omar Khorshid, said the report was sent to the prime minister and every head of state and territory.

“Reallocating resources in a constrained system by stopping one type of health care in favor of another will only further lock us into cycles of crisis,” Khorshid said in A declaration.

“Likewise, arguing over who is spending what on a funding model that does not currently include what our hospitals and patients need is nothing but a policy of distraction.

“We need a national partnership approach where federal, state and territory governments work together to implement structural reform to focus on public hospitals that see people on time and provide quality care. . “